A Brief History of The Internet

Although the concept of the internet or the “World Wide Web” started many decades ago, the first real concept of a working internet model was introduced to the world in October of 1969. Computers at UCLA and Stanford Universities were connected and essentially became the first “Hosts” or websites as we now call them.

A Brief History of The Internet

Although the concept of the internet or the “World Wide Web” started many decades ago, the first real concept of a working internet model was introduced to the world in October of 1969.  Computers at UCLA and Stanford Universities were connected and essentially became the first “Hosts” or websites as we now call them. The internet was initially conceived to be a global connection point for research universities to quickly share information. The system was known as ARPANET and was the precursor to all we know today as the internet.  The first message to be transmitted via the new technology was the word “LOGIN”.  However, the computers crashed on the letter “g”.

It would appear connectivity problems were destined from the start to cause headaches for all mankind for the foreseeable future.

In 1971, the first email accounts were created and the creator, Ray Tomlinson, decided to use the “@” symbol to separate the username and domain name.   Now you know.

In 1975, the first modern email program was created by a University of Southern California student programmer, John Vittal.  Theemail functions “Reply” and “Forward” were created.

In 1978, the dreaded SPAM is born when Gary Thuerk sent unsolicited emails to over 600 ARPANET users, paving the way for millions of marketing majors have a creative outlet.

In 1979, The precursor to World of Warcraft and Second Life was developed, and was called MUD (short for Multi User Dungeon). MUDs were entirely text-based virtual worlds, combining elements of role-playing games, interactive, fiction, and online chat.

Also in 1979, “USENET” was created by two university students as an internet-based discussion system to allow users groups around the globe to communicate and post public messages based upon newsgroups.

In 1989, AOL was launched. That same year the real concept of a “World Wide Web” was formulated and in 1990 the first dial-up internet service provider “The World” was created.

1991 was a busy year with the first “Web-Page” called “World Wide Web”was created, along with the first search engine called “Gopher” that not only searched for file names, but content within files. Additionally, the MP3 file format was created which is still popular today for music storage and the first web-cam was introduced.

1995 is the first year of real commercialization of the internet. The first SSL (Secure Sockets Layer) encryption was developed by Netscape which made financial transactions using credit cards online more secure. That same year, Echo Bay, which later became eBay as well as Amazon.com were created.  We all know how what happened to them.

In 1996 Hotmail, the first web-based (webmail) service was created.

In 1998, Google is created. So is the first web-based file sharing website known as Napster.

By 2003, VoIP (voice over internet protocol) is created and provides thousands of users the ability to see and speak with other users around the world via SKYPE.  That same year My Space is created and became the most popular social network at that time.

In 2004, Facebook was created initially as a college student only social media network,which has become the largest social media network in the world for all ages,1-100.  In 2005, YouTube is created, helping millions become internet sensations overnight.

Twitter ramped up in 2007 and the world has never been more informed about useless information than ever before.  Hulu also is created as a joint venture with ABC, NBC and Fox providing millions a way to view online shows via the internet.

Other interesting facts about the internet:

1. According to Google, the internet consisted of 5 Million Terabytes of Data wayback in 2010.

The most surprising fact is that Google itself said that they had indexed just 0.004% of all the content present on the internet. As of October 14th, 2018, at least 4.46 billion pages exist on the internet. That’s huge!

To add more numbers to the data, as of 14th October 2018, there are around 441 million Tumblr blogs on the web. 75.8million blogs and business sites in existence are on WordPress. Moreover, more than 5 million blog posts are published every single day.

The sad thing is that 70% of Instagram posts don’t get seen.

One Zettabyte is equal to a thousand Exabytes, a billion Terabytes, or trillion Gigabytes. By the year2021, 82% of all IP traffic will be video.

5. 4 Billion out of the 7 Billion people on earth are already online.

InternetLiveStats (ILS) monitors the active state of the internet, and as at October 2018, there are 4,045,421,895users on the web. This is expected to grow even more by the year 2020. Asnoted in the chart above, there were over 4.5 billion users as of June 0f2019.  That’s an increase of over 500million additional people on the internet in just 9 months time.

WordPress and Joomla are the most affected CMS (content management systems) on the Internet.

7. 5000 domain names are registered every hour.

That translates the number to a whopping 120,000 Domains every single day and 43 million domain names a year. The irony? More than 75% of Domains are parked or not resolving, that’s the reason why you don’t get your desired .com domain name.

Approximately 30% of the world’s population is on Facebook. The social networking site had 1.74billion mobile active users in Q3 2018.

Statistics suggest that around 50% of Internet users are on Facebook.

No, these shocking numbers aren’t triggered by humans. The surprising fact is that 81% of all emails are spam which is sent using automated means. That’s a whopping 200 billion spam emails every day.

The first website created was info.cern.ch, and it is still online. It’s a basic HTML site, and the page contains a few lines of text. The page was written with the help of the first version of HTML.

14. 400 Hours of video contents are uploaded on YouTube Every Minute.

Looking at such stats,Google has taken massive steps to protect copyrights of individuals by scanning over 100 years of video contents every day using complex software.

15. There are 4.9 Million apps on Google Play and Apple App Store combined.

Humans make up 49% of the entire traffic; various bots and spamming software trigger the rest. No doubt, we would have faster connectivity if they weren’t leeching on bandwidth.

The internet is now considered a life necessity and not just a nice convenience.  From entertainment, education, news, dating,and connectivity the internet is woven into almost every aspect of our daily lives. From cell phones, tv’s, cars,computers, to home appliances such as stoves, climate controls, security cameras, Alexa’s and almost any device you can imagine, the internet is everywhere we look.  And just like most things that grow at an exponential pace, problems do occur.  When the internet is down, it seems as if life completely stops, we can’t communicate with family and friends (even ifthey are in the same room), cannot watch our favorite shows, see who gets voted off the island or who is getting kicked off the Bachelorette. Connectivity is a must in our everyday lives. The current state of the infrastructure that supports the internet to the end users is being stretched to its limits, especially in rural markets that rely on Wireless Internet Service Providers or satellite systems.  Element8 Internet is working to resolve the connectivity dilemma in those markets that are underserved or not served at all. We are deploying technologies that far exceed the speed capabilities you can get on any other Wireless Internet Service Provider.  We are building infrastructures with the ability to serve our customers with reliable connectivity, at speeds that exceed any competitors in our service areas.  We are a full-service connectivity provider for both residential and business applications. If you want to experience all that are reliable, high-speed internet connection can give, give Element8 Internet a call.

A Brief History of the Web: A series of videos from Microsoft to celebrate the launch of Internet Explorer 8.

The History of the Internet – Tim Berners-Lee: A brief history of major developments associated with the Internet from About.com.

Hobbes’ Internet Timeline – the definitive ARPAnet & Internet History: A very thorough timeline of the Internet,starting in 1957 and going up through 2004, with tons of statistics and source material included.

Internet Timeline: A basic timeline of Internet history from FactMonster.com. 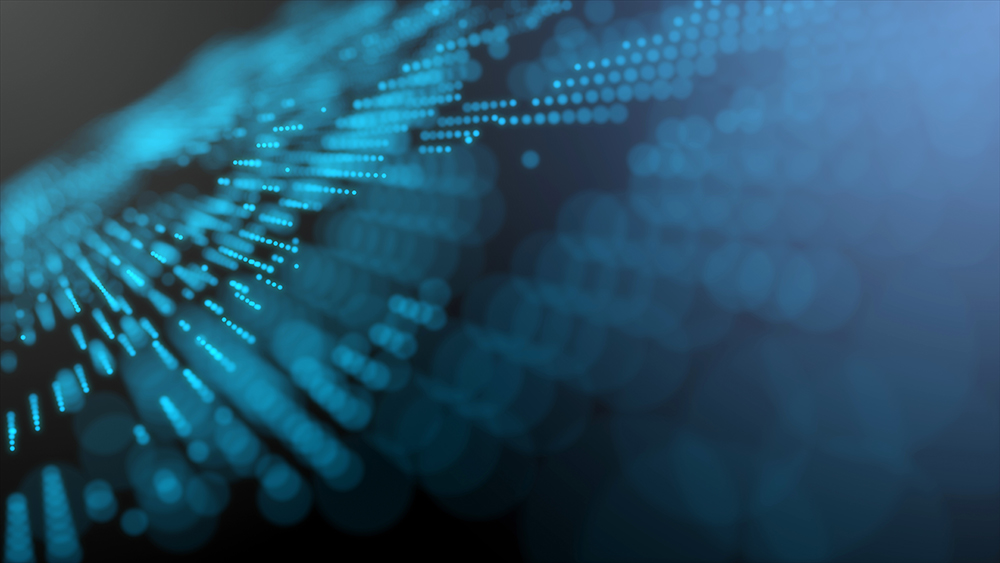 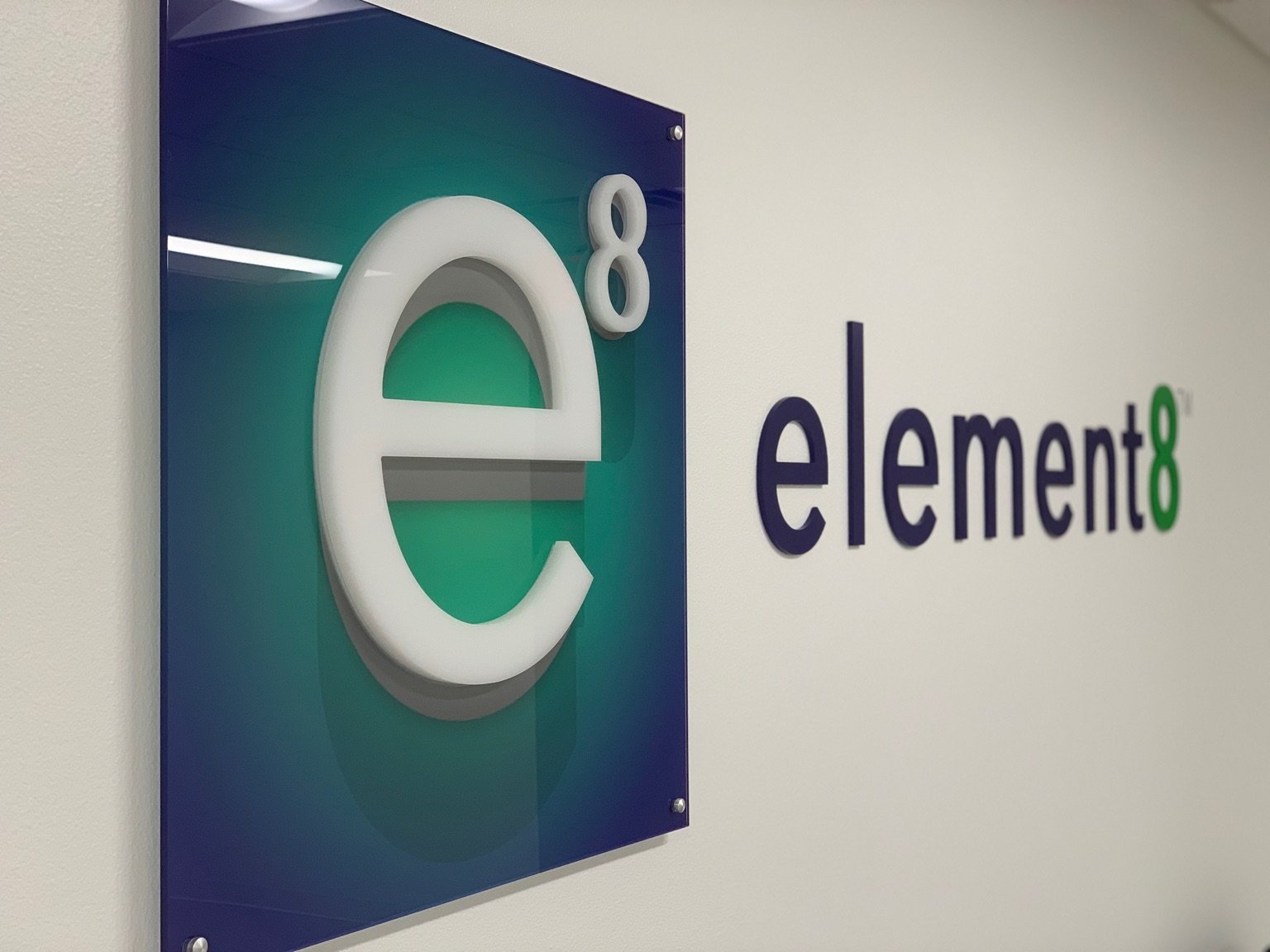 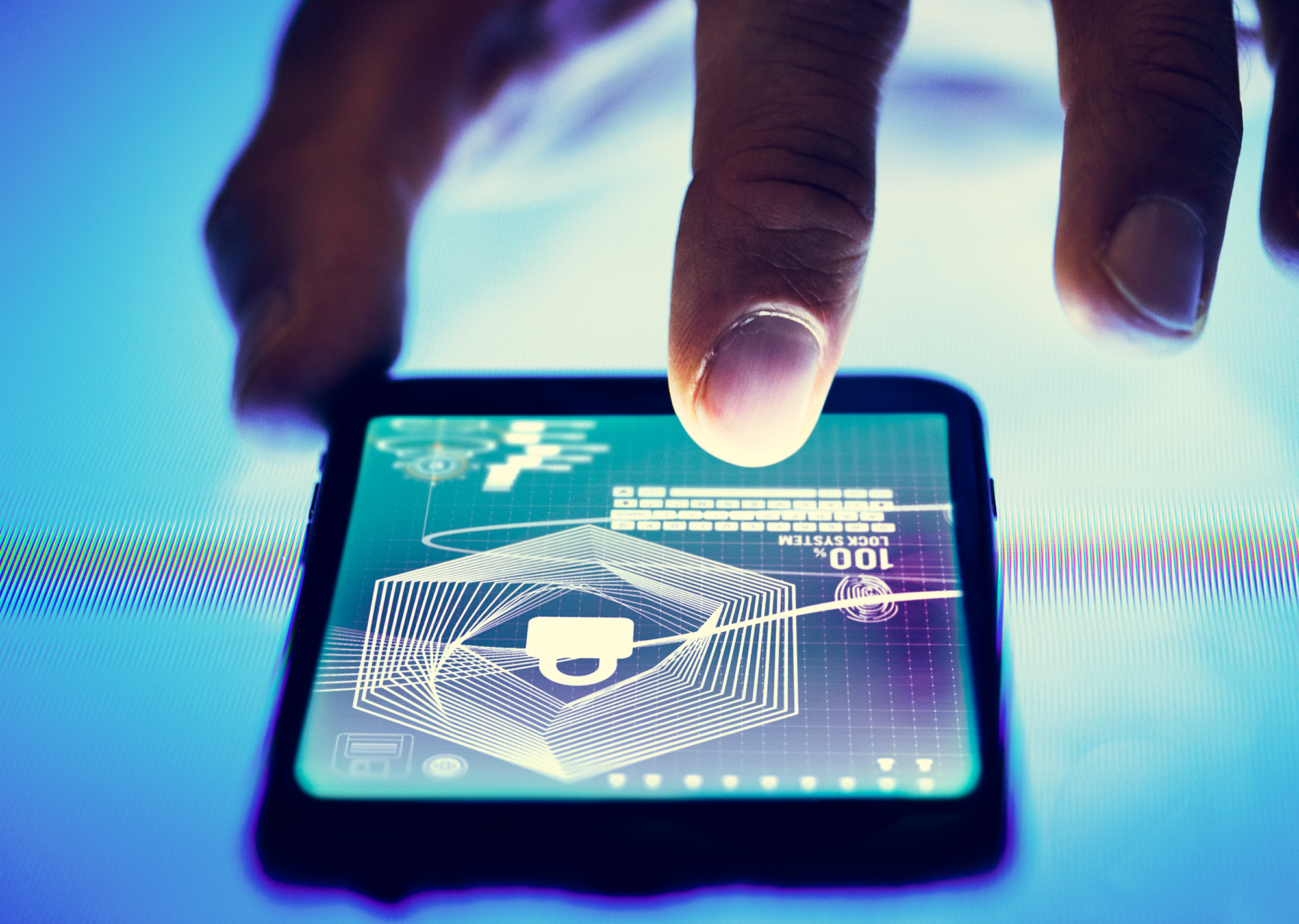 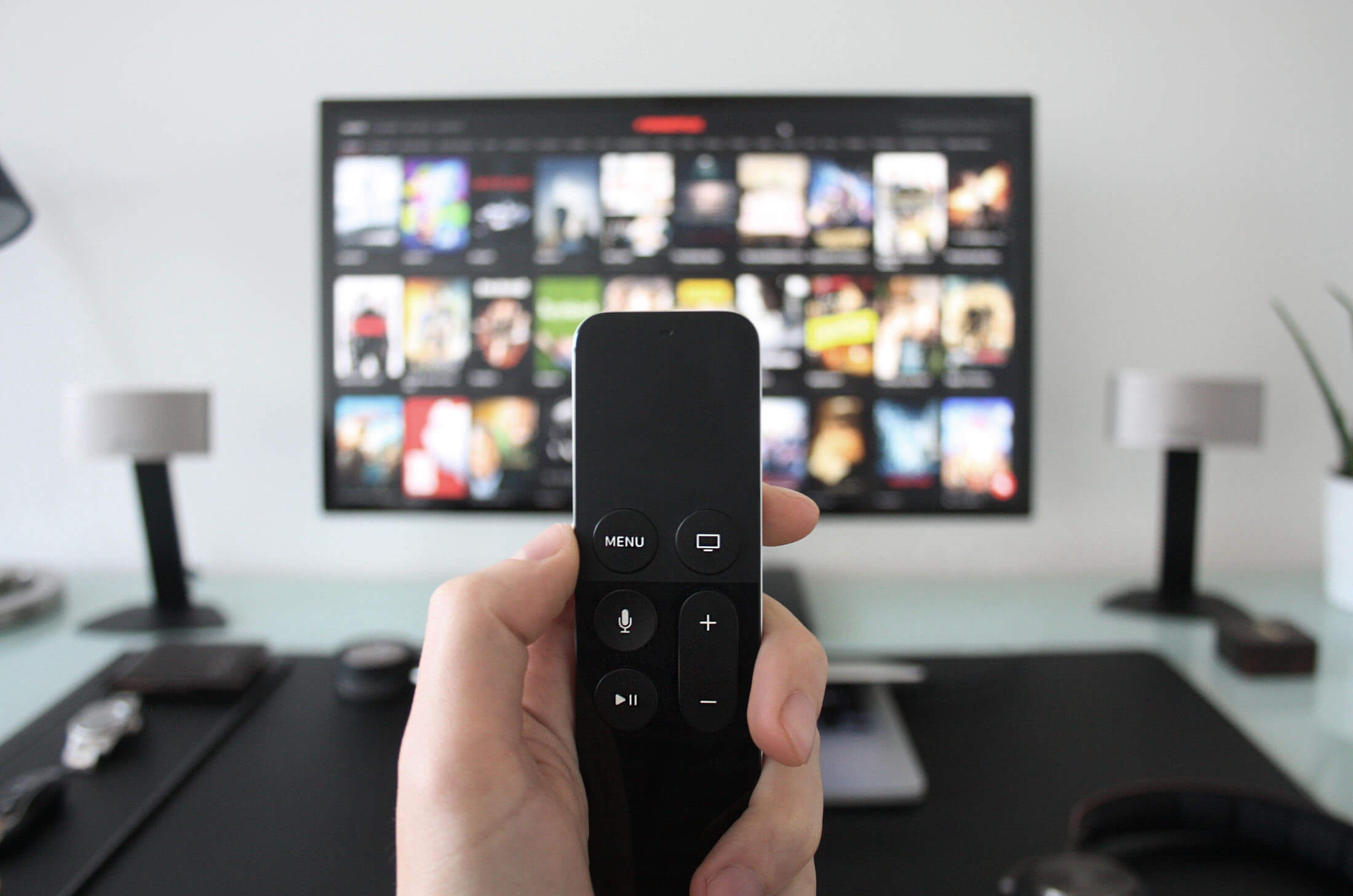 How We Use the Internet

back to blog
© 2010-2019 Element 8, All rights reserved. | Policies and Agreements | Privacy Policy  | Open Internet Statement
back to top